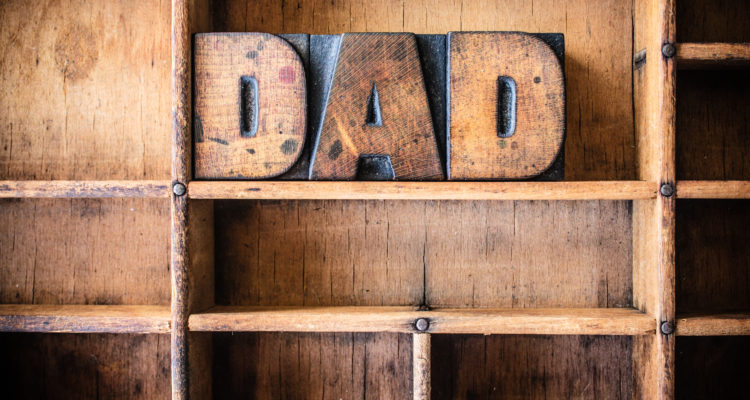 Every year Father’s Day is celebrated on the third Sunday in June. Here’s when Father’s Day will be the next few years: 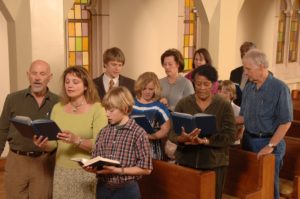 The first celebration of Father’s Day was June 19, 1910, in Spokane, Washington state after Sonora Smart Dodd, one of six children, wanted to honor her widower father who had raised her and her siblings on his own. She knew, as you do, that being a father is an honorable and commendable job–one that deserves to be celebrated. 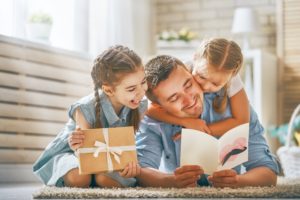 But why the third Sunday of June to celebrate? While Dodd was listening to a Mother’s Day sermon in May of 1909, she felt called to establish a similar holiday honoring fathers. Dodd campaigned to have the holiday made official in Washington State, and proposed the date of June 5, her father’s birthday. The date was pushed back to allow more time for preparations, so it landed on the third Sunday in June. It was first celebrated in Spokane, WA.

Traditionally Father’s Day was celebrated with a special church service encouraging and honoring fathers. Whether you head out to church or stay in for the big game, you probably have established traditions for the day.

Growing up you might remember giving your dad a Father’s Day card or gift, or spending extra time with him that day to tell him you loved him. Maybe you even went out to a special restaurant. And now that it’s your turn to be a dad, you realize, as Sonora Dodd did, that dads truly are worth celebrating for all the immensely hard work they do to raise their kids.

Father’s Day may be an established celebration in your home, but it took nearly 60 years to get there. Unlike Mother’s Day, you won’t find a smooth path for Father’s Day. From that first celebration to its indoctrination into national holiday-hood, it was a rocky road to acceptance and recognition.

You’ll notice the history of Mother’s Day is relatively smooth, and the step to make recognizing and celebrating moms into a national holiday was unanimously supported. But believe it or not, in the 1920s and 30s, fathers were often at the forefront of the resistance to making Father’s Day a holiday. The argument was that cards and flowers compromised their manliness. Many resisted due to fear of commercialization and even cited that celebrating fathers wouldn’t be as appealing as celebrating mothers.

You may even agree with them that cards, flowers, and other sentimental gestures aren’t that appealing to you, and maybe are a waste of time and money. However, you’d be hard pressed to disagree that fatherhood and the contributions of fathers in society are worthy of esteem. And equally important, recognition as vitally important to families everywhere.

A Voice in Favor of Fathers 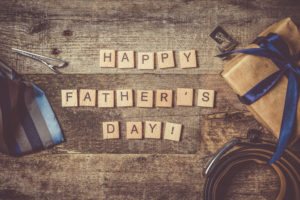 Calvin Coolidge, who was President at the time of the anti-commercialism view on adding Father’s Day to the list of national holidays, vied for the celebration to encourage closer father-child relationships and to remind fathers of their obligations in the family. But still, at that time, you wouldn’t see a national movement happen.

You might think that after thirty-some-odd years Father’s Day was doomed never to be. However, with the outbreak of World War II, a new wave of support came forward. So many men, lots of them fathers, were heading off to defend their country and families, so many people became eager to find more ways to celebrate fatherhood. Though still not nationally recognized, you would find families across the nation celebrating their fathers–the heroes of home and country.

And finally after nearly 60 years of both support and opposition, in 1972 President Nixon made Father’s Day a federal holiday.

And now today you’ll find families celebrating their dads and granddads across the United States and the globe. And while each country has its own way of celebrating, you’ll find agreement in their reason to celebrate–fathers.

You might enjoy a gift, some good food, and relaxing on Father’s Day, but some countries have added more corporate activities to their celebrations. In Germany and Mexico, you might find dads out for hikes or participating in a race. While in Russia you can attend the Defender of the Fatherland parade. And in Thailand, where Father’s Day is celebrated on the King’s birthday, you can hear a speech from the King himself. 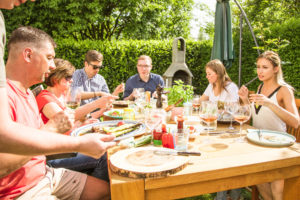 As a father, every year you look forward to Father’s Day. It’s the day you’re recognized for all that you do for your family. It’s the day to feel the extra love and attention from your kids that might get pushed aside in the hustle and bustle of everyday life. It’s the day to put up your feet and not feel guilty for soaking it all in. It’s your day.

And that’s why the fight for Father’s Day was worth the effort. You are worth celebrating. As a dad, you don’t always receive the same credit as a mom for raising your children. Even stay-at-home dads don’t often have the support that moms do as they navigate the ups and downs of parenting.

Finding Community with Other Dads

And that’s why here at Fathers EveⓇ we strive to bring the camaraderie and community of fathers together at our events. Join other dads as they relax, enjoy food and fellowship, and build bonds with others in the journey of Fatherhood. Visit our Events Page to find out more about events near you. Not seeing anything near you? Contact Us to see how you can host an event in your local area. Let’s make Father’s Day 2019 great by starting the part early on Fathers Eve.

This site uses Akismet to reduce spam. Learn how your comment data is processed.

A celebration that has its roots in St. Paul is expanding to 40+ cities around the world in 2017

Fathers Eve in the Pioneer Press